The previous comments are totally relevant and I share their opinions. Even a bot created by Betburger will not help matters.

This API is a major mistake that does not suit you betburger or your customers.
And it can be irreversible.
Top 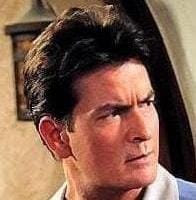 CharlieSheen99
To become a Pro

Basically opens this market to the general public.
If betburger doesn't go back with this, some bookmakers will go bankrupt, and almost all of us will look for another job in the coming years.
Top

Betburger can't permanently fix error for years now (thats why I quit with them) and now they introduce bot that will smash markets for sure. Imagine few hundred people using bots killing value in a seconds, bookies aren't dumb they will act strong quick for sure. And what's more important, people who won't pay for this "bot option" are out of the businness immediately as every value will be killed in no time so either you pay more or you are out. Just sitting aside and make a laugh.
Top

ca
campeones
To become a Pro

There is a difference between an API and a bot.

If that bot has these magic characteristics like these described above, then what is stopping you to buy it?
Top

CharlieSheen99
To become a Pro

Betburger has the monopoly of the market. They can do whatever they want, because they have the power to do it. But remember:

If you want to open the pandora box. It's up to you.

We know very well that there is a difference between a bot and an API.
But here, providing the API is contributing to the development of the bot which will be very easy to develop.

To answer your second question there are several disadvantages:

-Not everyone can own a bot.There is a cost of development, maintenance and security bypass for some bookmakers.

-The use of bots is very frowned upon by Bookmakers.

-Bots will lead to stricter Bookmaker actions (B365 has been the case for some time), which will make surebets even more difficult.

-A Scan error such as an inversion of the scanned odds can lead to significant losses. The bot will never be as effective as human reasoning.

-As quoted by a member above: "All our knowledge accumulated during years and years will finally end in nothing, as someone that don't know nothing of valuebetting can pay a subscription and that's it. They will make the same arbs than us. Wellcome to XXI century i think. Where all the jobs will be destroyed by automation. "

Use of Bots = Death of Business. I know, I'm telling you and that's why I'm warning.
You're going to bite your finger on it and that's unfortunate for everyone including me, really.


campeones wrote: There is a difference between an API and a bot.

If that bot has these magic characteristics like these described above, then what is stopping you to buy it?

ba
balls of steele
Has experience

Don't understand why you moan.
If this product is that good go on and get it.
Some people are losing their edges and they try to convince others this API/Bot is evil.
And BTW it is not clear what this product is. Betburger should speak.
Top

Yeah go for it. You are all flooded with loads of errors every single day Betburger can't fix and suddenly they will provide bot working as intented? Go for it and see how your money is going down to drain. Wouldn't touch it even if payed for it and it's not about edge as I earn my money other way anyway.
Top

AlexNotman1 wrote: Yeah go for it. You are all flooded with loads of errors every single day Betburger can't fix and suddenly they will provide bot working as intented? Go for it and see how your money is going down to drain. Wouldn't touch it even if payed for it and it's not about edge as I earn my money other way anyway.

Actually you have a really great point here. Using their API for bot automation would be suicide, especially if you use it for Live betting. Even one mistake can wipe out all the profit you made and we all know they make waaay more than one mistake every day. So I guess we really shouldn't be worried about it that much.

they are just basically giving away their service for free...
Top

AlexNotman1 wrote: Yeah go for it. You are all flooded with loads of errors every single day Betburger can't fix and suddenly they will provide bot working as intented? Go for it and see how your money is going down to drain. Wouldn't touch it even if payed for it and it's not about edge as I earn my money other way anyway.

Hi,
Firstly, we do not recommend betting on errors and potential errors, check everything before placing a bet, select the bets correctly. Secondly, even if you bet 10% of the wrong surebets, you will be in a significant profit at a distance of 200 surebets and more.
Top

CharlieSheen99 wrote: Of course, they made a very hard job, so i don't think that they will go back on their idea.
They are brilliant doing business, and their decisions are perfect.

They go exactly to the middle point, and stop at this point. They know perfectly what they made. Everything is calculated millimetrically in this new project.

When the bookmakers decide to block a lot of accounts. Who will fight with the angry customers, and give back the money that customers didn't win? The guys that creates the bot, not betburger, but, they will win money even if the bookmakers confiscate the money.

At the same time, they just "provide data", so if a bookmaker want to fight in the courts, or the bot action are against the laws of one country, they don't know nothing about this bot developers. They just......"provide data" in a different way.

This guys are so intelligent.

We do not develop a bot and do not have one. We only provide data for creating such a bot.
Top

I think you are making a huge mistake by providing this API to the public. Giving access to this kind of API allows any more or less competent programmer write script which will be able to place 30 arbs simultaneously every minute, probably more... Those who can't afford bots will be left in stone age and bookies will definitely react. Before this API bots had to scrape your website for arbs and fortunately you were smart enough not to reveal deep links unless they are clicked. So only very advanced bots were able to massively scrape your arbs and place automatic bets without relying on deep links. Now you give deep links in your API and make such massive auto betting relatively easy job.

If you don't care about small business and markets being destroyed by this then at least think about your own profit. Now that you provide this kind of API why would someone pay you for subscription. For example I can get access to your API and then resell all the data to 100 arbusers for much lower price, say for 20 EUR instead of paying you 190 EUR. Because then you don't really have any value, they won't care if the data is sent by you or by someone like me.

I really hope that the rest of community will also speak out and this very dangerous move will be stopped.

​Resale of data is strictly prohibited by our Terms of Use.

This is just a demo version, we don't provide a bot, we provide data. The difference is that they are now in JSON format for customer convenience and scalability.
Top

madridking wrote: It's really delusional. You say that this is done to make it easier for clients wishing to develop a bot to take a bet.

I will answer you in two points:

-You will make the task easier but you will penalize a lot of your customers. You don't realize. I'll explain this to you:

A surebet is linked to a Valuebet on Bookmaker A or B. Taking multiple users' bets this Value using bots will bring the odds down quickly.

-Result : your manual user will no longer be able to benefit from it = Decrease in the number of surebets.

-Your user using the '"ValueBet" tool will see the values ​​disappear quickly (and it was already the case without the API).

It's a bit the same mechanism as Trading where bots dump or pump the market.


When you tell me "Yes but we are not doing the bot, we just provide the API so that the user who wishes to do a bot does it"

I will answer you simply: You do not feed the user directly with a spoon. You serve him the food on a plate, give him a spoon and you let him eat.
It's the same thing here . You contribute and encourage the use of bots.

The goal of an arbitration service is to ensure that the use of bots is countered. But you are doing just the opposite.

Just look here how many tell you it's a bad idea . You should have done a survey.
Unfortunately

(Sorry if my english is incorrect, basic I speak portuguese)

In the future, we plan to segment clients, so there should be no competition between bot customers and regular clients. Before that, people had bots, including attempts to use our service.

Do you think that bots won't replace manual betting sooner or later? Do you know of other similar services that officially provide their API?
Top

CharlieSheen99 wrote: Looking at your side, betburger, I don't know if your API will have enough clients, and I think that you will have to sell it at a very high price.
Anyway, I am not sure that this provides profits or not for you in the long haul.

To make an arbitrage bot you need three steps:

1) Scrap bookmakers
2) Implement the calculation motor
3) Create the bot that makes this arbitrages.

With this movement everyone that knows how to do the third step, will have their own bot, and after start to catch clients wherever in the world.

For those clients, you, Betburger will not receive profits, but, in the end, all this clients will crash the market, so you will lose your actual clients.

With this movement, you are providing your service potentially to thousends of people, and just selling some subscriptions.

Maybe I have to quit my last post, as i am not sure if it's an intelligent move or not for your side.

What it is for sure, is an earthquake for everyone here.

We do not create a surebet bot, we provide only data, as we have provided before, but there was no official permission for use and documentation with examples. It is now a free demo mode.
Top

1) If they provides a bot, it could have legal problems for them.
2) bookmakers will react fast and strong
3) All our knowledge accumulated during years and years will finally end in nothing, as someone that don't know nothing of valuebetting can pay a subscription and that's it. They will make the same arbs than us. Wellcome to XXI century i think. Where all the jobs will be destroyed by automatization.

Thank you for sharing your thoughts. However, it is not enough to pay for a subscription to place automatic bets. The customer needs to have his own script that will be used for that purpose. In other words, manual betting will simply be replaced by an automatic one. Betting logic may be exactly the same, but automation would increase the number of bets.
Top
Post Reply
4468 posts