The Megan McCann vs Bet365 case has an important educational role to play in the smart betting community. Thus, after the abrupt end of the case, it would be beneficial for our community to have the time line of the story, together with some comments from our members.

Megan McCann, a 19 year old student from Northern Ireland, staked £24,960 on 12 horses running in four different races, on June 2016. The bets were accepted by Bet365 bookmaker and eventually produced a stunning return of £984,833. Bet365 refused to pay McCann’s winnings, claiming that her stake was provided by a ''third part''  which is considered a violation of the bookmaker’s terms and conditions. Bet365 also refused to return her initial stake.

McCann reacted in January 2017, by instructing solicitor Andrew Montague to sue Bet365 for her total payout of more than £1million. Montague is considered to be an expert in gambling-related cases. He gained his reputation in 2010 when he  successfully challenged a ruling by Gibraltar’s gambling regulator that Betfred could withhold a payout of €852,000 to a well known Irish smart bettor Barney Curley.

According to media, the development of the case appeared to suggest that Bet365 cooperated with Skrill e-wallet in order to obtain more information on McCann’s actions. That was a major shock for many bettors who couldn’t even imagine that their personal data would be shared to 3rd parties by an e-wallet. Even though it is not clear when Bet365 obtained access to McCann’s information, Bet365 applied for what is called a ‘’Norwich Pharmacal order’’, a court order for the disclosure of information, assisting applicants to bring legal proceedings against individuals who are believed to have wronged them. Skrill didn’t contest the application.

Since Bet365 refused to pay McCann’s winnings since summer 2016, it is not clear to what information Bet365 based its initial decision, leaving space for many interpretations of the facts.

The case has been discontinued in 2019 shortly before it was due to return to court, prompting speculation the parties agreed to a settlement over the disputed bets, according to the press of the time. No further statements were done from any part and the details of the settlement did not go public allowing further speculation.

We can only assume that a live and let live agreement took place between the parties, and that might mean that both parties took a step back, before risking more than their potential gains. The development of the story did not allow us to come to safe conclusions. We will never know if McCann was a lucky winner, a smart bettor like us, or guided by a 3rd party as Bet365 initially implied. The case enjoyed huge publicity, which was negative for Bet365 and Skrill. Data protection issues were highlighted and this case might triggered the amendment of the Terms of Use of many e-wallets and bookmakers. There might be gains for both McCann and Bet365, but the smart betting community can count only losses.
Last edited by arbusers on Sat Feb 13, 2021 7:39 am, edited 1 time in total.
Top

The only question left to be answered is what % of the profits did McCann, (or the good shepherd) received after the settlement.
All other facts are easily understood by reading between the lines.
Top

This story is so educative that I would suggest anyone looking to gamble professionally, to start from here.
Top 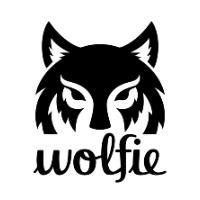 So it was not a court order but an agreement. This is nonsense. Something fishy happened here. I am surprised after all this time the court did not take the punter side.

Look at their T&C(photo attached). Suspect(WTF). I will not give you your money because i suspect.

Whatever figures you see, don't believe a thing.
I m sure there are strong NDAs in place that will not allow any party to reveal how much was paid.
Lessons learned:
Bet365 had very negative publicity with this story. I m sure they now know it was a wrong decision.
Some data protection issues should be treated with care from all enabled parties.
Some of us should keep the name of the lawyer as his experience is now unique.
Top

This has created a situation where the books are tightening up big time, on bonuses, on bet limits, on slot and game RTPs, on any possible fraud or multi-accounting, even on punters they suspect are just arbing, to the point of stealing from people.  This industry is heading down a very shady path right now and I dont see it getting any better.
Never trust a goose!!!
Top

We learned from this that even bet365 cannot be trusted about money. And to not put large return bets. Things have a long time going down. I hope it does not come to all becoming 1xbet clones

.
The lawyer is specialized in gambling related cases. He is famous for horse racing 3.9 million case against betfred. He won that case.
Top

I don't believe the industry is turning to an 1xbet clone. Judging from Bet365's profits, I believe others will try to copy it.
Top
Post Reply
10 posts • Page 1 of 1