Betting as a science and pure business

When you bet upon the outcome of football matches, a late goal can either make your day or ruin your weekend. I’m still haunted by an accumulator which fell apart when Bolton conceded two goals in the final three minutes against Crystal Palace. That was 20 years ago. You’ll have your own similar tales of woe locked away, no doubt.

Of course, it’s impossible to know when such coupon-busting goals are going to come along, but it’s important to be aware of trends to try to prevent the agony and embrace the ecstasy.

The big five leagues of Europe

And when looking across the big five leagues of Europe and comparing the statistics for 2019/20 with the previous five seasons, one thing becomes clear: late goals are on a slight decline.

Or are they? Well, it depends upon your definition of ‘late’. Across the last five full seasons, 23.0 percent of goals were scored between the 76th minute and full time, but that has dropped to 22.4 percent in 2019/20. Granted it’s not a huge drop, but it’s the largest seen in any of the six 15 minute segments which make up a match.

Yet if they’re late goals and they’re down, really late goals – scored in stoppage time at the end of a match – are actually up. Where 21 percent of the goals in the big leagues scored from the 76th minute onward were netted after the 90th minute in the last five years, it’s now 26 percent this season.

The biggest change has occurred in Serie A, with the proportion of goals scored in the opening 15 minutes shrinking considerably – by five percent against the five year average – to account for it. There have already been 48 stoppage time goals in 2019/20, and never more than 52 in any of the previous five completed seasons.

Between 2014/15 and 2018/19, only three Italian sides scored at least 10 percent of their goals in stoppage time; at present there are five this season alone. While this can often occur for lower scoring teams, it’s currently also the case for Lazio, who’ve bagged the second most goals in Italy’s top division. The same is true of Real Madrid in Spain, who have scored six of their 49 goals in stoppage time.

Late goals have traditionally been the preserve of the Premier League. Across the last five seasons it was the only one of the quintet of top European leagues to see over five percent of its goals scored once normal time had expired.

But in 2019/20, it is also the only one of the big leagues to see a dip against the five year average. As last season saw a high of 6.6 percent, perhaps a fall was inevitable as such things often tend to even out over longer periods.

So what’s causing it? The relative struggles of some of the Premier League’s traditional big six clubs is certainly having an impact. They have collectively scored 40 percent of the division’s goals this season, their lowest proportion since 2015/16 when Leicester City sneaked past them all to shock the world (and give eternal hope to longshot punters everywhere).

And within that, just three percent of the big sides’ goals have been scored in stoppage time, which is down from their five year average of five percent. Where the top six scored a total of 23 goals after the 90th minute against the other 14 teams in 2018/19, this season that stands at just nine.

There have certainly been some valuable goals in there. Leaders Liverpool have scored winners against Leicester and Aston Villa, with the latter falling foul of Tottenham in stoppage time too. There must be something about the Midlands, as Spurs also picked up a very late winner at Wolves.

It’s the valuable goals which are of most interest to bettors too. Manchester City scoring their fifth goal in the 91st minute at West Ham is neither here nor there. We need to know about goals which change draws into wins, or defeats into draws. Like Crystal Palace in that match with Bolton in 2000. I’m over it. Honestly.

Let’s focus on decisive goals, the ones which actually determine outcomes. For this, we’re looking at the time of the goal which determines the final result state, even if it isn’t the final goal of the match. If Team A races into a 3-0 lead but then concedes two, their third goal is the decisive one. Similarly, if Team B wins 7-0, it’s the first goal which matters to us, as they’d have still won irrespective of the other six.

In 2018/19, 87 of the 380 Premier League matches – 22.9 percent of the total – had their decisive goal scored from the 76th minute onward. However, while the proportion of total goals scored in this period has decreased this season, the percentage of decisive strikes has actually risen to 24.3 percent.

As we’re only three quarters of the way through the current season, it’s natural to wonder if the rise will simply settle down by the end of the campaign (if it even happens). Yet in the opening 288 matches of last season, the proportion of decisive strikes in the final 15 minutes (plus stoppage time) was 21.9 percent, so it rose between March and May. While some dead rubbers between teams with nothing to play for are inevitable, some clubs have it all on the line right up to the wire, and play hard accordingly.

The arrival of VAR has had an impact upon the Premier League too. Fifty-six goals have either been disallowed or awarded following video review so far this season, and of those, 15 (27 percent) have been from the 76th minute onward. Manchester City, West Ham, Leicester and Everton have all had goals disallowed in the 90th minute or later which would have surely altered the result of the match.

Perhaps the fluctuating goal times are just random and normal service will be resumed next season. It’s definitely one to watch though. 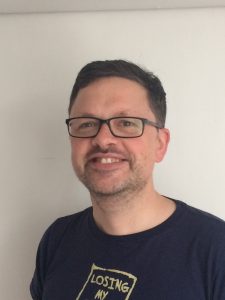 Andrew is a writer and an expert in analysing football stats. He is one of the most influential football tweeters and contributes meaningfully in the smart betting scene. His true passion is Liverpool F.C. and he plays the bass for The Profumos.